- September 03, 2018
The Deer Creek Lake Trail starts from Utah Highway 12 on Boulder Mountain on the Boulder side of the summit. The trail is one of my favourites because, although it is enough of a climb to be good exercise, it is never steep enough to hurt the knees. You can make the hike as long as you like by using the Great Western Trail which crosses it.


After ascending the initial slope there are great views back over Grand Staircase to the east.

The trail crosses a number of meadows between groves of Aspen trees. 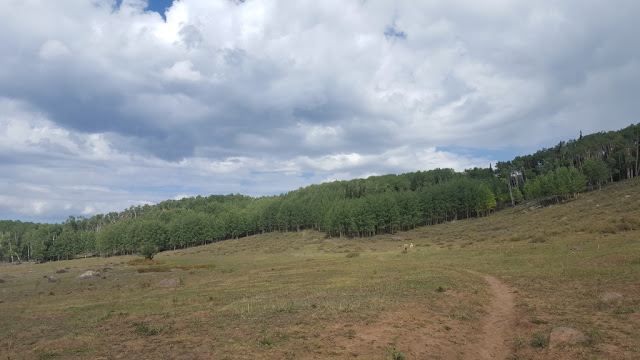 Janet joined me for the hike and Frikka wanted to show off her new fall fashion jacket just in time for hunting season. 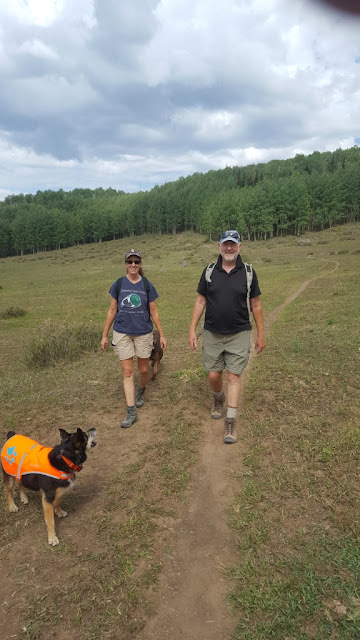 We met David and Chantelle from Spanish Forks on their way down from the lake, they had spent some time fishing but without any luck. Biff photo-bombed of course. 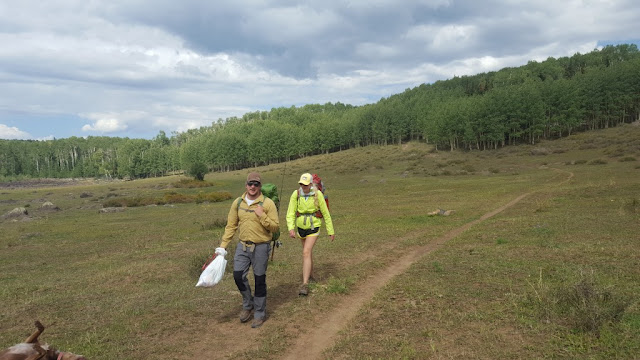 The trail monster in the trees... 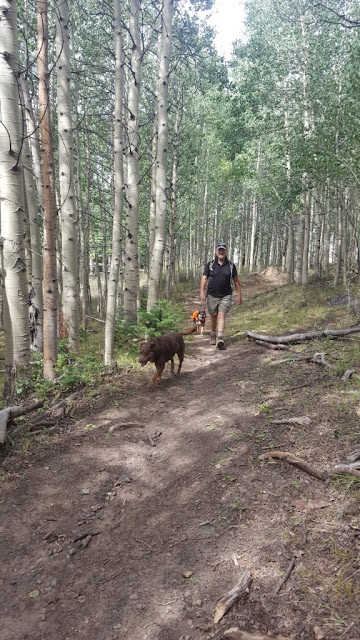 The very first signs of autumn were about here and there. 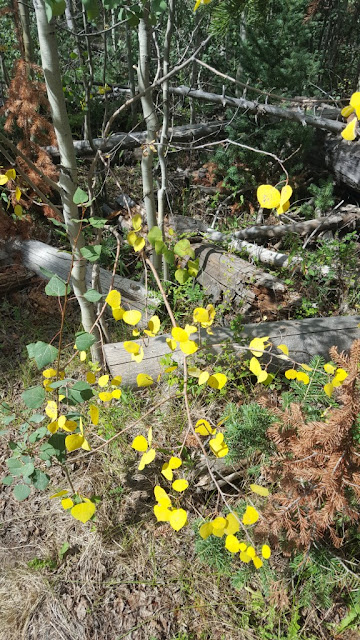 Janet was looking forward to the dogs getting a swim in Deer Creek Lake, but the lake was surrounded by lumpy marshy land and a thicket of reeds, there was no way to the water. 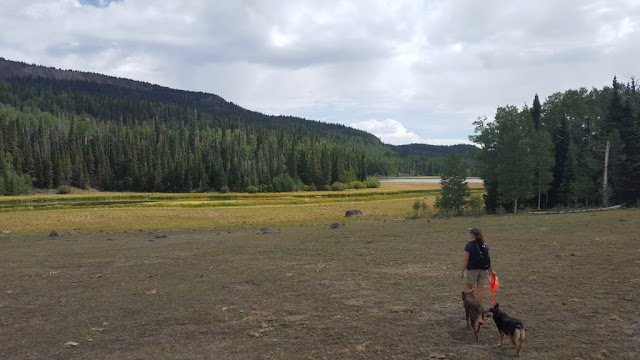 We walked up to the inlet but the situation was similar with the reeds replaced by thick goopy black mud, which the dogs investigated with vigour. 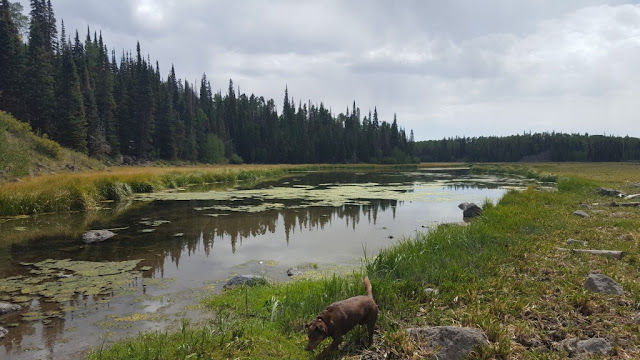 Biff sampled some of the local vegetation 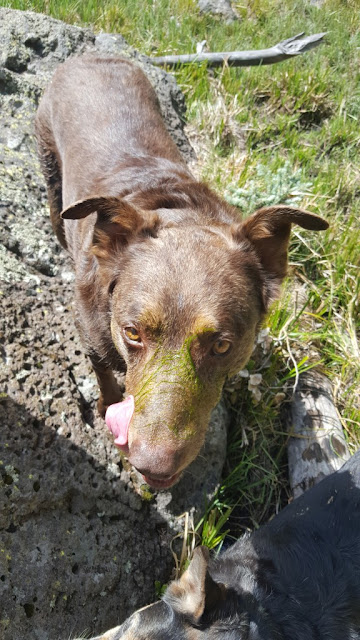 On the way down Frikka was horrified to find that the Great Western Trail was closed! 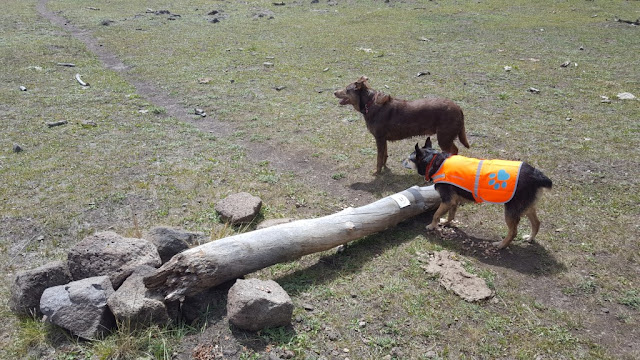 Some maintenance was done and Frikka agreed to carry on 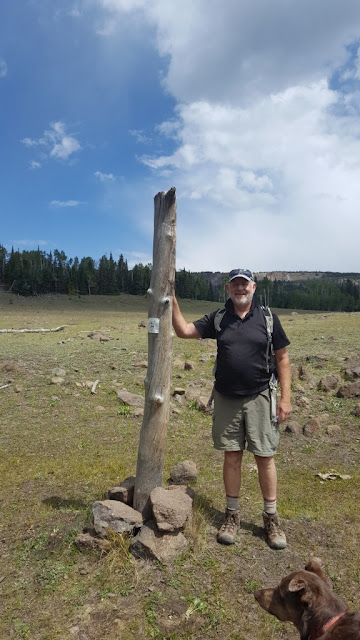 Where the Deer Creek and Great Western Trails diverged a fallen tree covered the junction, we are pretty sure the GWT sign was crushed by the tree. The GWT is also the American Discovery Trail in this area. 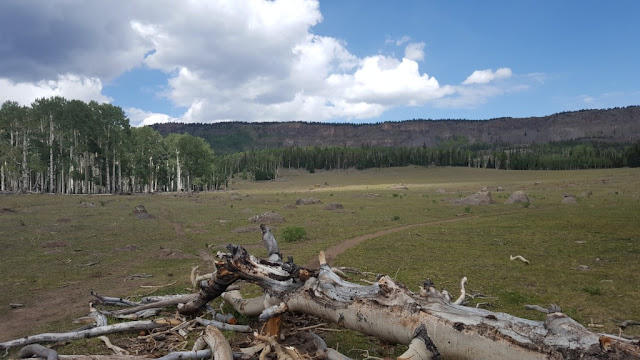 As we finished the hike a few drops of rain fell, a few moments later a lot more drops fell!
Perfect timing. 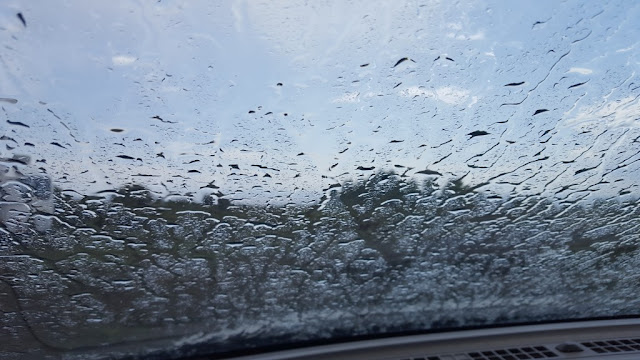