- October 10, 2015
But first - a new bicycle. I have had a Trek 730 crossover bike for almost 30 years and it has done me excellent service despite almost total neglect. Lately however I have been riding on a lot of terrain that it isn't suited for, sand mostly, particularly as it currently has narrow street tyres on it. In addition I ran over it with my truck a few months ago and a number of items are now 'altered' from their original shape and functionality... Janet and I went down to the bike shop in Cedar City and looked at a couple of full suspension bikes, naturally I liked the considerably more expensive one more. It's a Specialized, I'm not into bicycles enough to even know or care what model it is but it has full suspension, hydraulic disc brakes and 29" wheels, it cost more than my first car. The new bike was not tested on this day however.

After the bike buying adventure we decided to head up the mountains above Cedar City, I had been over a dirt road which at the far end is called Dry Lakes Road a couple of times before and thought the trees would be in full change, and they were! We started just outside Summit and headed up the hill. 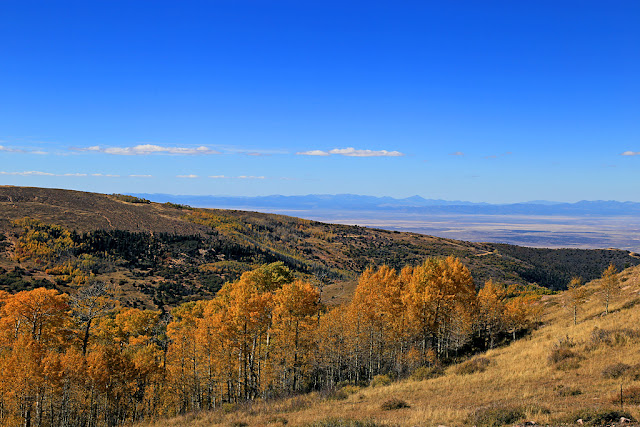 As we reached the first summit we had great views out towards the west. 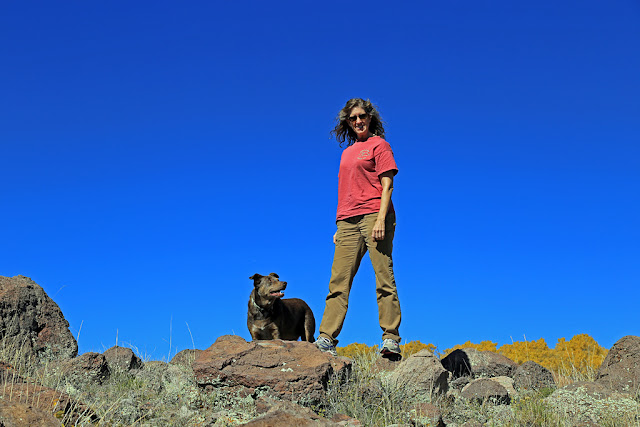 Janet found her usual high spot much to Biff's admiration. 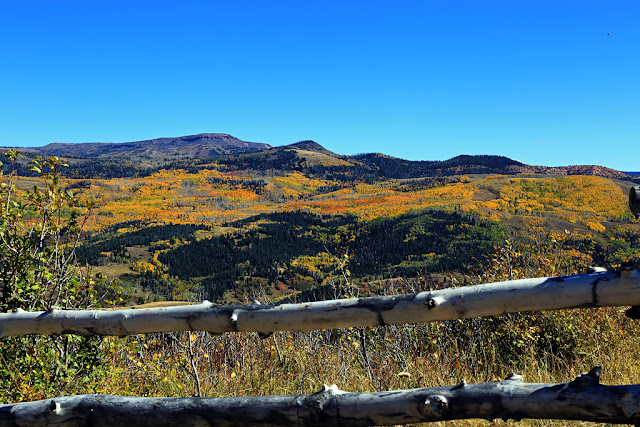 Views to the north were equally magnificent, the highest grey area with the 'fringe'
just left of centre is Brian Head.

We continued on a few miles to the boundary of Dixie National Forest, the road passing through fantastic colourful groves of aspen. 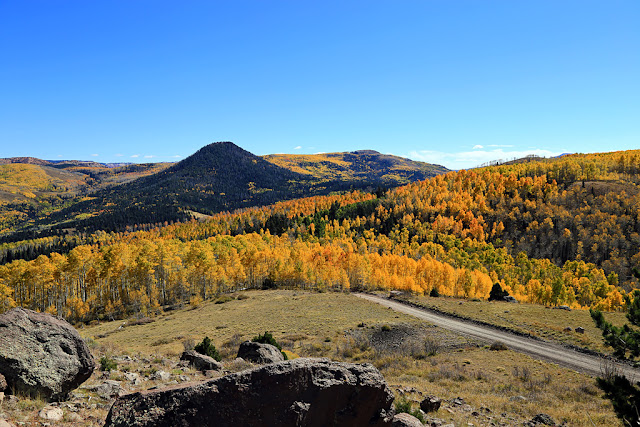 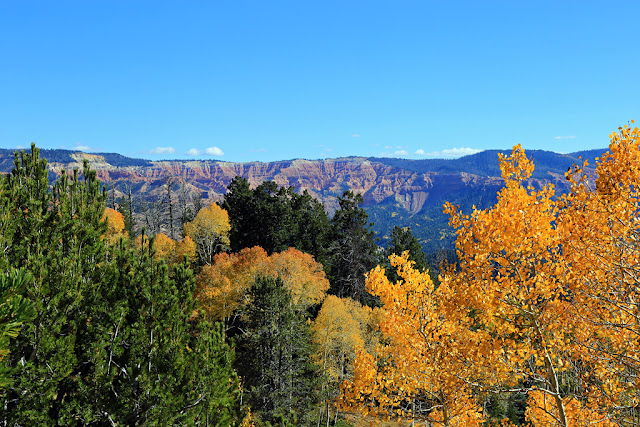 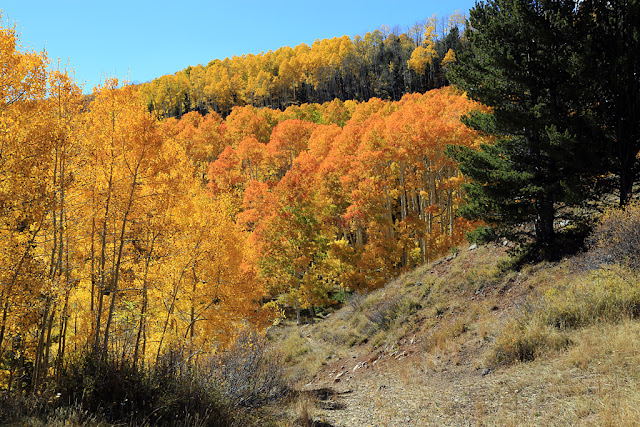 Inside the trees the light was incredible. 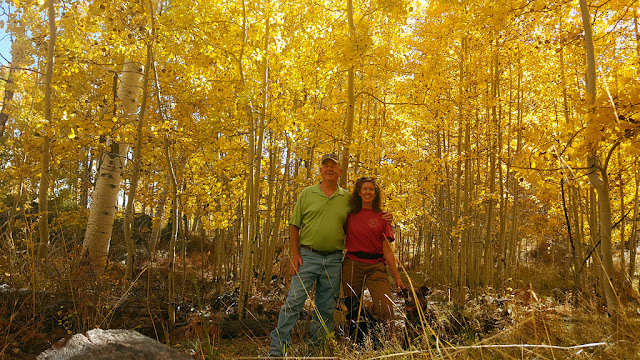 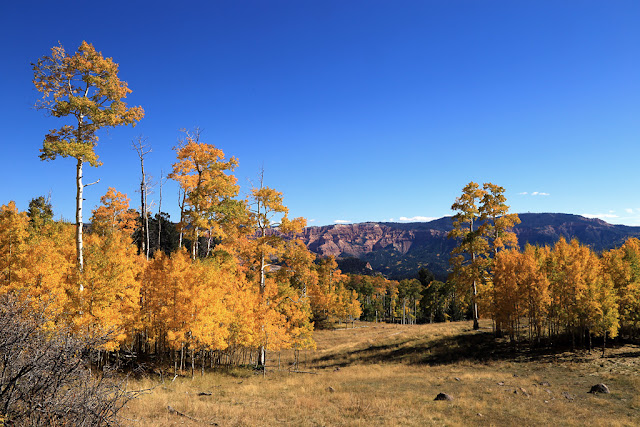 Eventually a promontory revealed the full splendour of both the trees and the cliffs with Brian Head right in the centre of the picture. 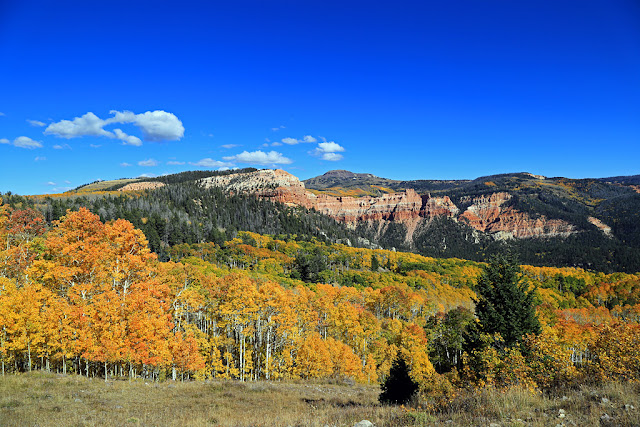 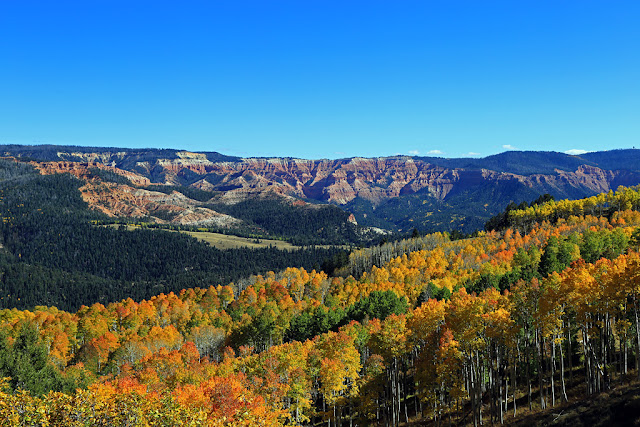 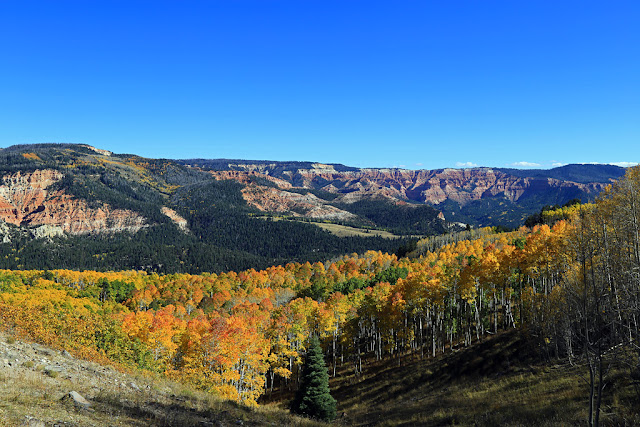 A little further down the trail we came across a small lake. 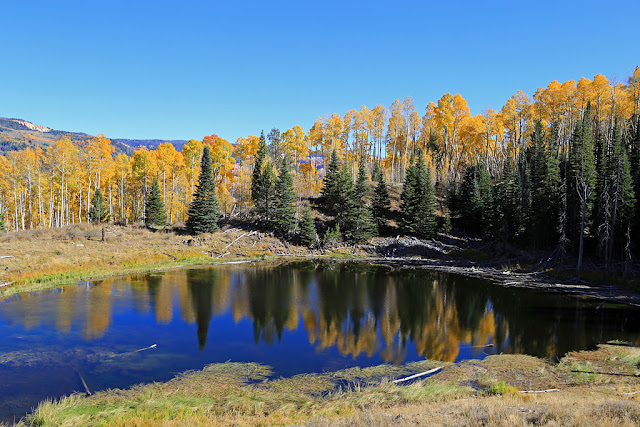 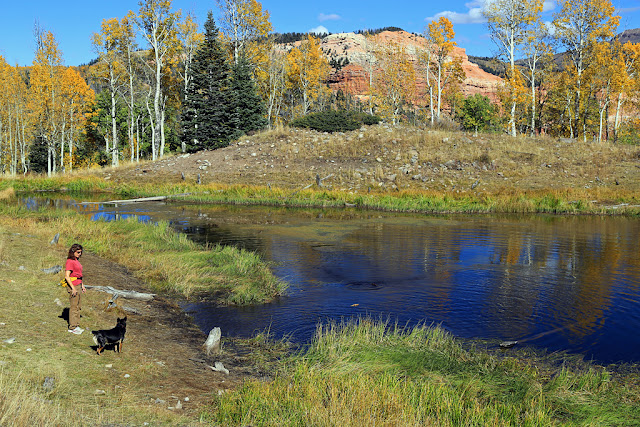 Biff swam round and round enjoying the water while Frikka fetched logs. 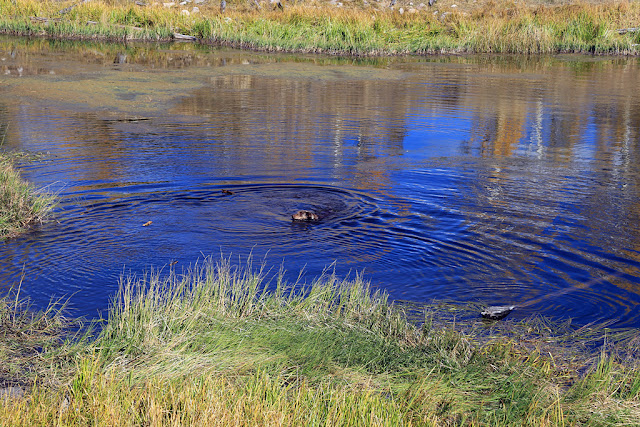 Sometimes Biff gets ahead of himself with the shake... 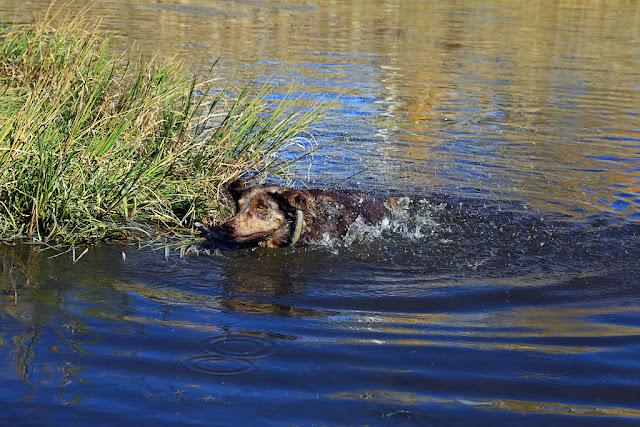 The lake was our turnaround point and we were forced to backtrack through the trees. 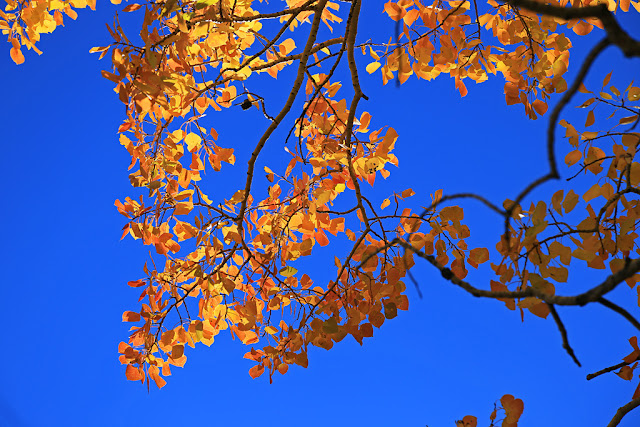 I took a lot more photographs of course including some arty ones and some that will appear on my photography web site.