- December 01, 2015
I decided to get a change from the cold snowy conditions around Cedar City and head into the Utah Lowlands for a mountain bike ride. There are a lot of trails down near St George so I picked an easier one with possibilities for further exploration later, the Bearclaw Poppy Trail. 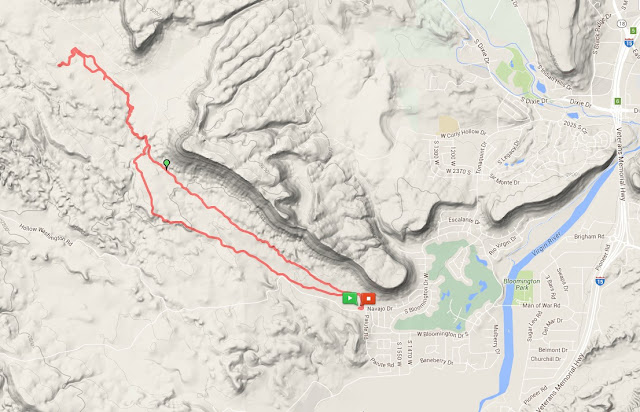 The trail runs along the edge of the clay 'dunes' at the base of a red cliff, which could describe so many places in southern Utah. Unfortunately people have made many side trails into the 'dunes' which are part of the protected area, further down the trail fences have been erected to prevent this, presumably where the rare poppy grows. 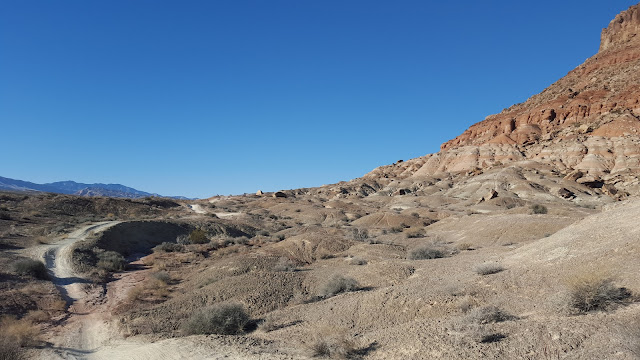 The trail initially runs along a bench above the desert floor. 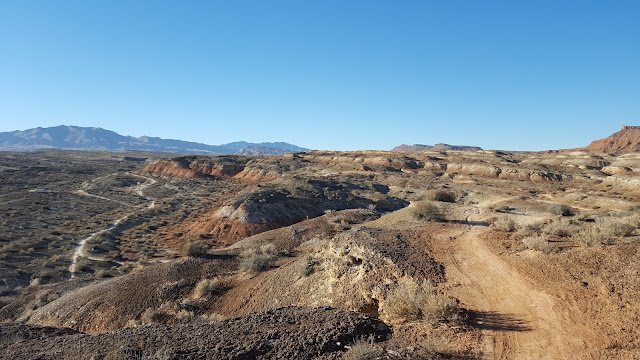 Looking back towards the start of the trail beyond the butte on the right. 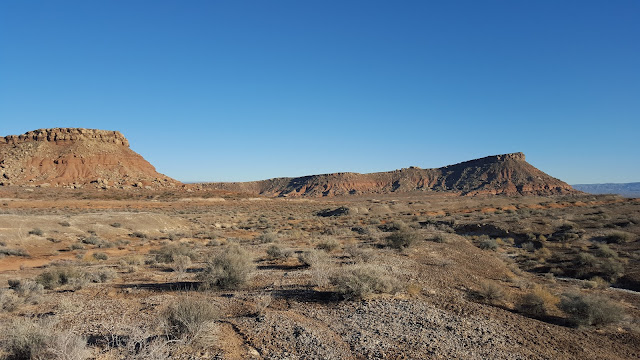 This was pretty much the furthest point out I reached, I was looking for a connection to get to the lower part of the trail but had gone too far. 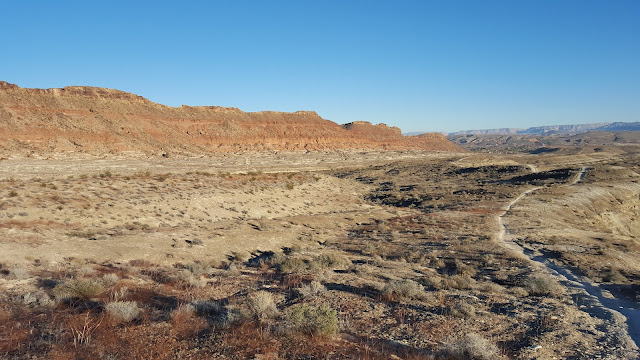 View from the parking lot at the trailhead. 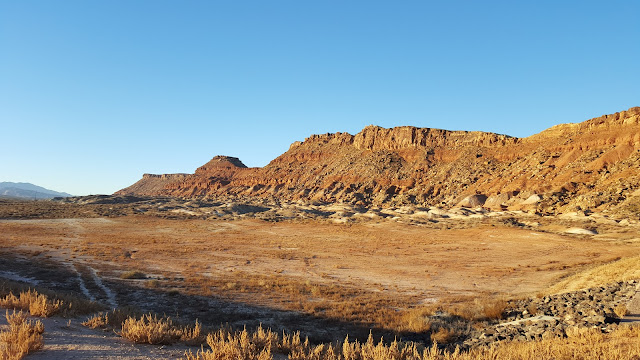 The trail was fun with a series of whoop-de-doos in the 'dunes', I rode the loop counter clockwise which turned out to be the wrong way being uphill in the dunes but since I had to go slowly for Biff it didn't really matter. At the far end of the dunes there are many small steep hills with trails, some very steep drops too, not ready for that yet! It's possible to go to the Green Valley trailhead at the far end but no way to make a loop from there without riding on the street. If you are going to shuttle start at the other end and come to the point to take advantage of the terrain, unless you are Janet and prefer riding uphill...

Temperatures were around 50F, I was in shorts and t-shirt, met another rider who was stopped and chatted for a while, he had thermals and a sweat shirt on - from St George of course.