- December 04, 2015
Today was a travel day from Cedar City to Torrey so I wanted to find a ride in between the two, Losee Canyon is at the southwest end of highway 12 and leads into Red Canyon. 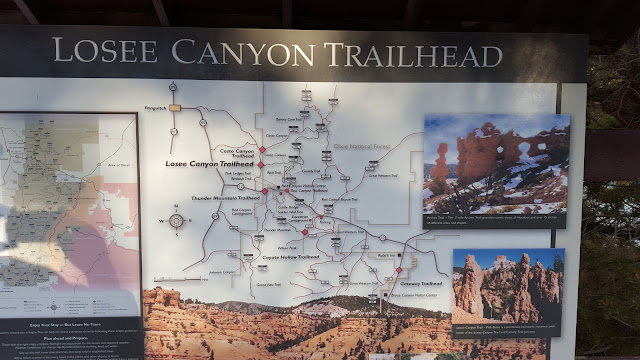 The canyon starts out fairly wide though there was enough snow in the wash bottom that I missed the trail exit from the wash and rode up it a ways to the next crossing. 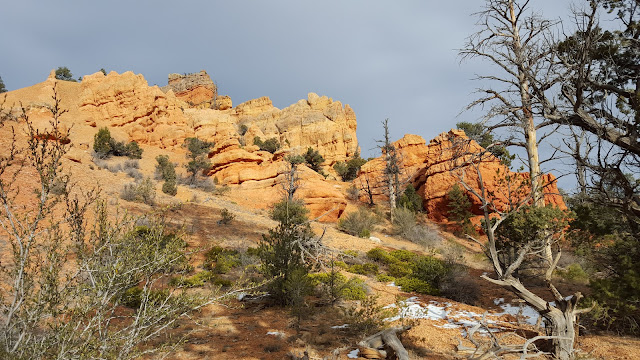 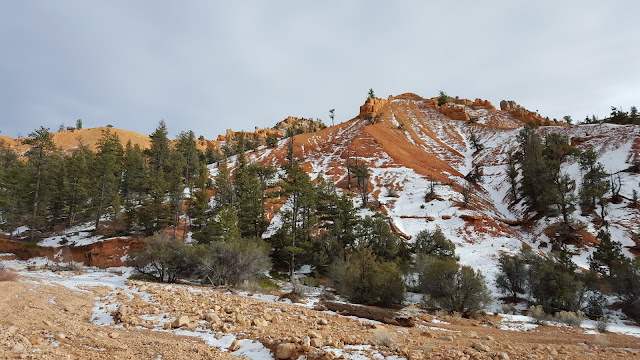 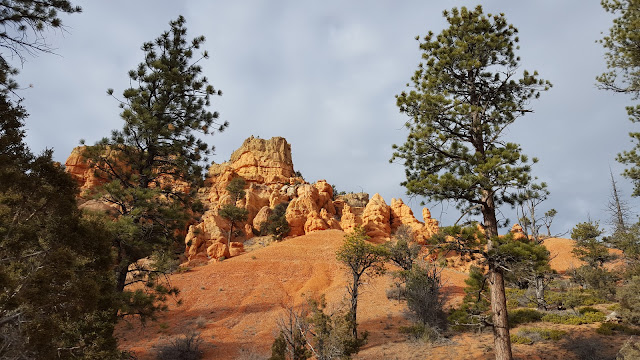 Eventually the canyon became narrower and the trail followed the wash bottom, which was starting to present slippery obstacles. I had hoped to cover the 3 miles to the end but decided against it on this day, next spring! 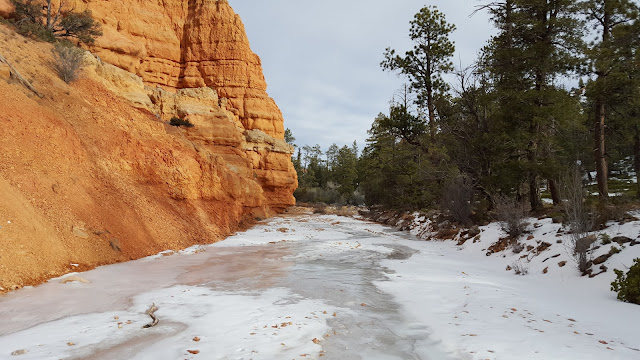 The dogs loved running in and out of the snowy sections 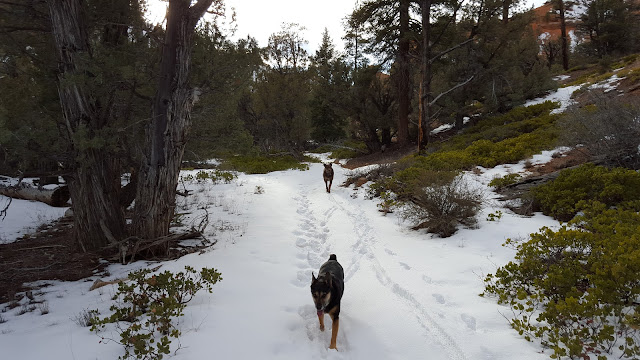 Lots of red rocks and side canyons. 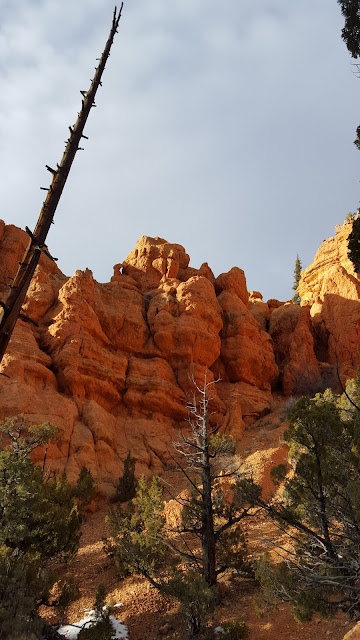 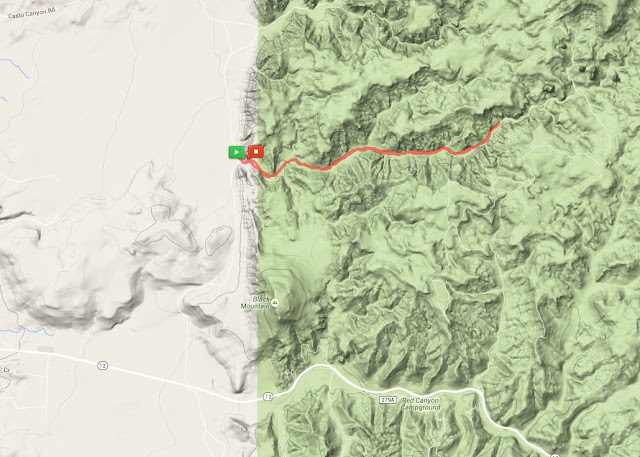 After the ride I continued along the dirt road to Casto Canyon which also leads into Red Canyon but is much longer, it's possible to make a loop but I think it's about 11 miles which was too far today. 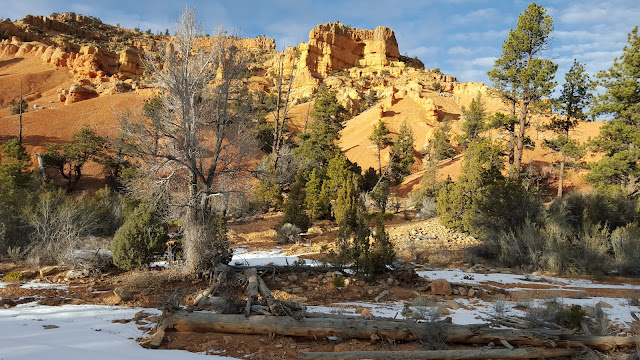 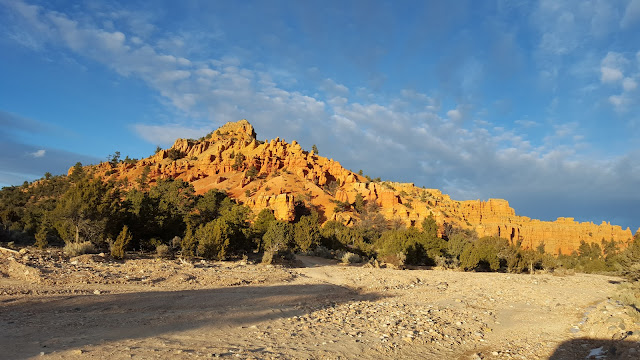 The dirt road continued on and on eventually dumping me out into Panguitch right as the sun set. 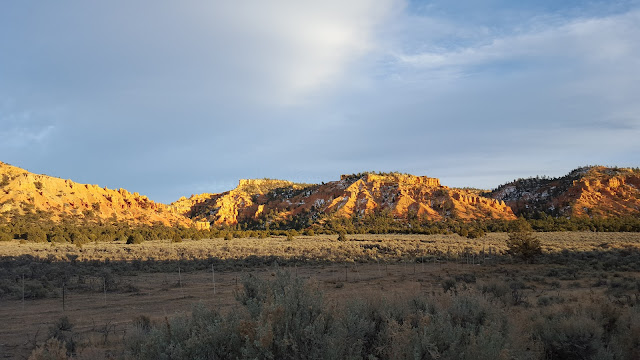